If you are planning a trip to Prague then for sure you are going to be exploring the Old Town but don’t forget that the New Town is also nearly 700 years old as well. Many people associate the New Town with places like Wenceslas Square or the railway station but there’s another more historic side. The Prague New Town Hall opened in 1398 and the associated 70 metre tower was opened in 1456. Basic admission to the building/tower was only CZK60 at the time of writing or check the Town Hall Pass post. It’s an absolute must-go for people who want rooftop views or people who love to see Gothic and Renaissance architecture.

1) It was originally opened in 1398 as a fire watchtower so the whole cityscape is visible from the sixth floor viewing gallery of the Prague New Town Hall Tower.
2) When you hear about Prague Defenestrations then you’ll likely be hearing it at the Prague Castle. Defenstration means being thrown from a window. But the one at the Castle in 1618 was the Third Defenestration so where was the first? Right here in the New Town Hall in 1419.
3) From April to October you’ll find lots of mini-events going on either inside the New Town Hall, outside on the street or in their little courtyard.
4) There’s a semi-permanent exhibition called “Neviditelna”. It’s all about putting yourself in the shoes of a blind person and begin to understand the challenges that they face day to day (separate booking required). There’s also a “Prague Panorama” exhibition with historic views of Prague.
5) There’s an on-site “Adventure Game” i.e. solving problems to reach a goal (separate booking required).

You’ll hear a lot about our Emperor Charles IV while you’re here. The bridge, the university, various crown jewels and streets and he is very strongly associated with the fortified Old Town. And yet he firmly believed in balance as in 1348 he granted licence for the New Town and the area adjacent to the Prague New Town Hall became a cattle market (now Charles Square). The decision to build the New Town Hall was an attempt to raise the status of that part of Prague.

It has a morbid history as well. There had always been prisoners kept in the New Town Hall since it was built and as I mentioned earlier the First Prague Defenstration happened here in 1419 when a crowd tried to free prisoners from the dungeon. After 1784, Josef II unified the 4 towns (Hradcany, Lesser Town, Old Town and New Town) so the administrative functions were largely transferred to the Old Town Hall. The Prague New Town Hall ground floor found a new purpose as a prison and part of the permanent exhibit is the condemned mans’ chapel (now the Chapel of the Assumption of the Virgin Mary and ST Wenceslas) on the first floor.

Where is The Prague New Town Hall?

Here’s the Google Maps Location. Otherwise get off at the Karlovo Námestí metro or tram stop and it’s at the other end of the park. Or from Wenceslas Square follow the tramline along Vodickova and then go up the hill (5 minute walk). It’s the last building on the right before the park.

The New Town Hall in Prague is best viewed from outside across the road in the Charles Square park. If you go in then allow 90 minutes if you just want a look at the public parts including the tower. Beware that the last steps to the viewing gallery are wooden and narrow so by purchasing a ticket you are entering that part of the New Town Hall at your own risk. Check the Town Hall Pass post for discounted tower entry.

Just to Note:
Closed on Monday
No Lift
No Animals
Children under 15 MUST be accompanied by an Adult
Gothic Hall can be closed for weddings 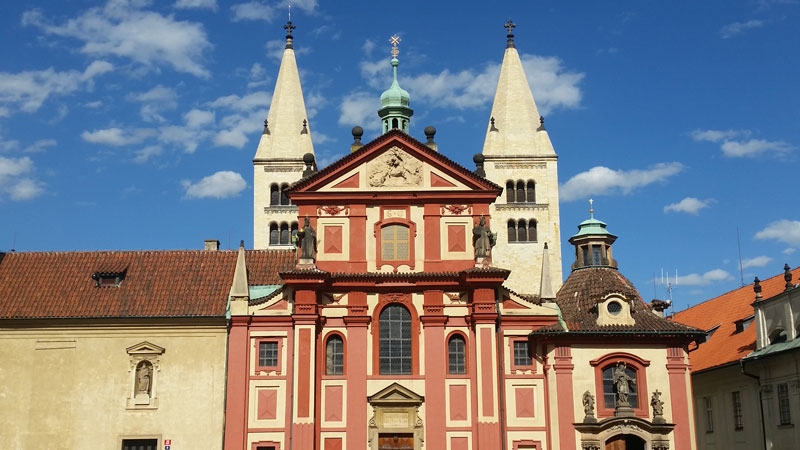 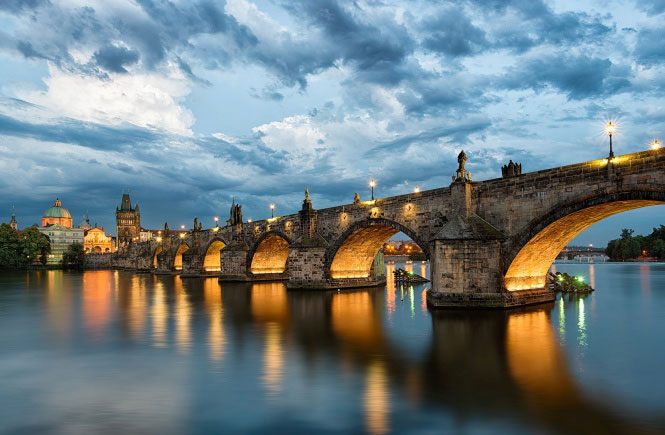