In October 1941 after three years of occupation the exiled Czechoslovak government in England decided that a show of strength was required. Operation Anthropoid was a World War 2 military operation with a specific assignment for two young allied paratroopers namely the assassination of Reinhard Heydrich. By the end of June 1942, Heydrich was dead, the paratroopers were dead, two villages had been destroyed and effective Czech resistance had ended. How did it come to this?

Remember that a graphic description of the events surrounding Operation Anthropoid is included in the World War Two walking tour.

The Characters and Places

Reinhard Heydrich, acting-Reichsprotektor in Bohemia and Moravia (70% of the present day Czech Republic). Number 1 Nazi in the country and heir-apparent to Hitler. On his arrival in Czech he had thousands of prisoners executed. He put in place the mechanism resulting in 90% of the destruction of the Jewish population 1941-42. He had two other main duties, firstly to suppress resistance and secondly to make sure that sufficient war munitions from Czech factories were being produced.
Jan Kubiš, Czech paratrooper, Operation ANTHROPOID.
Josef Gabčík, Slovak paratrooper, Operation ANTHROPOID.
Karel Čurda, Czech paratrooper, Operation OUT DISTANCE.
Lidice and Ležáky, Czech villages.
St Cyril and St Methodius, a church in Resslova close to Charles Square.

On December 28th 1941 the two paratroopers along with other soldiers parachuted into Czechoslovakia and made contact with the resistance. They considered three possible plans for killing Heydrich and finally settled on an attack on his car as he was being driven from his home.

On May 27th 1942 at 1030 in the morning and having picked their spot on a tight bend that would have caused the car to slow down, they put their plan into action. It was chaos. As the car slowed, Gab?ík commenced firing with a machine gun only for it to jam. By now Heydrich had stopped the car and was shooting at the paratroopers. Kubiš then threw an anti-tank grenade at the car which exploded causing Heydrich, his driver, two bystanders and the paratroopers to be temporarily stunned (Kubiš was also injured by the blast). We know this because even at a range of less than 20 feet, Heydrich, Gabcík and an injured Kubiš fired more than 20 rounds between them and hit nothing. Both paratroopers then ran from the scene still being shot at by Heydrich and chased by the driver but they escaped.

In the heat of the moment with adrenalin pumping, Heydrich apparently did not know that he was injured otherwise he would surely not have sent his driver after them. His injuries included a collapsed lung, fractured rib and damaged spleen from the shrapnel caused by the blast. Aged 38 and by all accounts a fit man he was treated and by June 2nd looked to be on the way to recovery but on June 3rd he collapsed into a coma and died on June 4th. Several causes have been put forward for his death including blood clots causing a heart attack, poisoning and more likely septicemia (blood poisoning). It was also speculated that horse hair seat stuffing blown into his body by the blast was the cause of the septicemia.

The Nazis wanted immediate payback and two villages were proven to have supported the attack on Heydrich or to have actively supported the resistance. On June 10th the people of Lidice were rounded up, any male over 15 was shot, almost everybody else sent to death camps (young babies were adopted) and the village was destroyed. On June 24th a similar fate awaited Ležáky. In fact Ležáky was never rebuilt and exists today only as a memorial. Following the attack on Heydrich the Nazis enacted something called “Collective Punishment”, simply put it meant that combatants friends, relatives and neighbours of anybody connected with the resistance were arrested and in many cases killed. 262 of the friends and relatives of the paratroopers were arrested as a result of the betrayal and were executed at Mauthausen concentration camp in Austria. Several plaques in Prague show the date of death as October 24th 1942.

Gabčík, Kubiš and others were on the run moving between “safe” houses until what was left of their group sought refuge at the St Cyrilus and St Methodius church in the street called Resslova.

On June 16th a man called Karel Čurda, a British trained paratrooper on a separate mission, entered Gestapo headquarters and said he knew who killed Heydrich. He named Gabčík and Kubiš plus a number of locations where they may be found. Finally the group was surrounded at the St Cyril and St Methodius church on June 18th and were either killed or committed suicide in the crypt. Read what happened next on the Operation Anthropoid Hidden Plaques post. By the end of 1942 nearly 5000 people of the resistance and/or connected to the Heydrich assassination had been captured or killed.

Karel Čurda was arrested at the end of the war, tried for treason and hanged on 29th April 1947. The crypt at St Cyril and St Methodius is open to the public as a museum and memorial. Candles and flowers can very often be seen outside on respective birthdays plus June 18th and November 17th. I wrote a separate post about my Visit to the St Cyril and St Methodius Church Crypt. 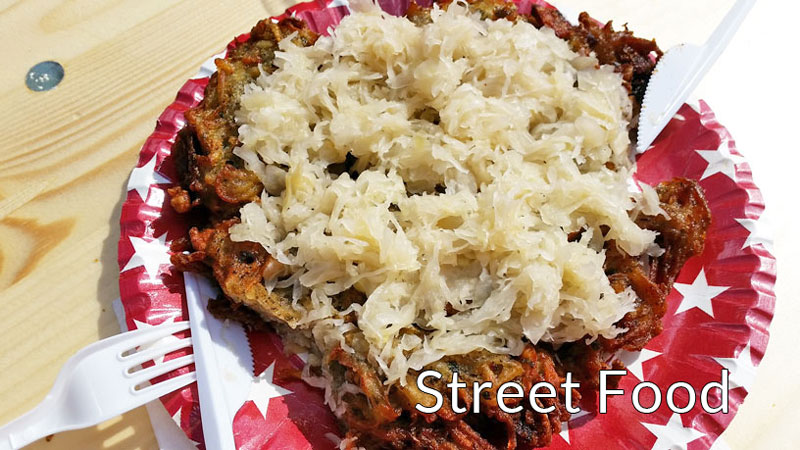 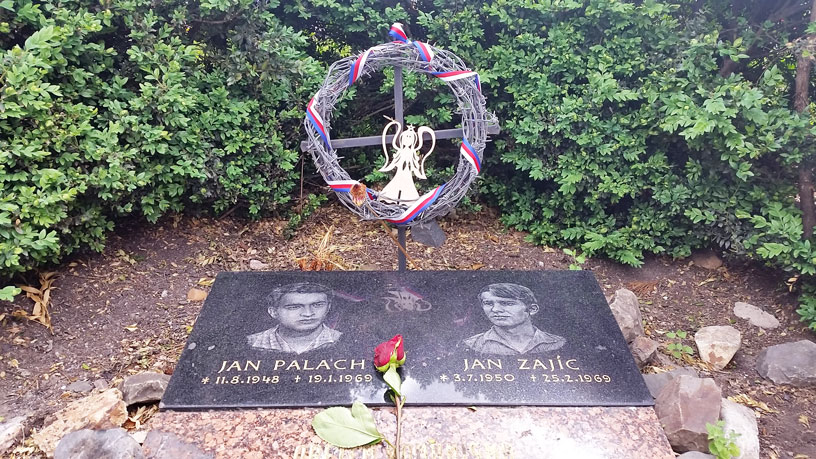