People who know me know that in Prague, even with all the English language menu translations, I still turn to the Czech pages if I’m ordering food. The reason is simple and this meal is an excellent example. On an English language menu you might see “roast pork with dumplings” or “typical roast pork”. But in a Czech menu this is called Moravsky Vrabec. If you run that through Google Translate it comes out as Moravian Sparrow.

I’d say that since 1996 if I have eaten out in a restaurant then a quarter of all the food I have eaten has been this particular dish. In Prague Moravsky Vrabec is served in a specific way. The pork is slow cooked and keeps the fat on the meat. The main side dishes are dumplings plus red and white sweet cabbage. That means that the gravy is thinner than usual because it’s a mixture of the sauce from the pork and the vinegar from the cabbage.

Mouth watering yet? The other thing about Moravsky Vrabec is that you should be able to eat it just with two things, a fork and a beer. The meat should be so tender as to not require further cutting. The dumplings, regular or proper bread dumplings should be easy enough to part with just a fork and it’s just the right sized meal to be washed down with a 0.5L Czech beer.

I do point out that the further south or east in the country you go then the cabbage gets replaced by spinach. Still nice but not having the vinegar gravy means I’m likely to choose something else. So if you like slow cooked pork with the fat, vinegar gravy and dumplings then look out for Moravsky Vrabec (Moravian Sparrow) on a menu during your trip. 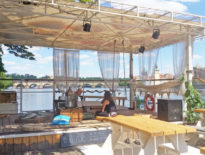 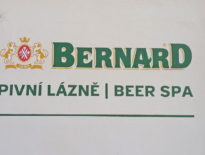