When I first ordered Spanish Bird in a restaurant (in Czech it’s called Španělský ptáček) I wasn’t quite sure what to expect. Basically when I first came to Czech I was ordering food blind and then seeing if I liked it so I had prepared myself for some kind of bird and I thought the sauce would be the Spanish part. I guess I was surprised to find that Spanish Bird is not Spanish and it’s not a bird.

If there is any Spanish connection all we can trace that back to 1576 and a woman called Mary of Spain (her grandfather was Spanish royalty). Mary originally lived in Vienna during the reign of her husband Emperor Maximillian but following his death in 1576 the new Emperor Rudolf II and Mary, his mother, moved to Prague Castle. One of the meals that they brought with them from Vienna was a veal roulade commonly referred to as the Spanish Bird.

What’s in a Spanish Bird?

I guess you could still use veal but since the 1950s in Czech this has been recognised as a beef roulade dish. Historically the ingredients would have been available all year round with good storage. The beef is tenderised into a wide strip which is then wrapped around a filling which will definitely include a boiled egg, bacon/pork, sausage, gherkin and maybe part of an onion. Usually the side dish is either dumplings or rice but I’ve been to places where puree potato is used and of the three I think that’s my favourite.

Because it’s a fair bit of work to prepare only 1 in 10 restaurants may offer Spanish Bird so try it if you get the chance. On a Czech menu it will be clearly called Španělský ptáček but on an English menu they won’t call it Spanish Bird, instead it will be called Beef Roulade so at least you now know what the filling will be. Also note that it’s very often served with an onion gravy so if you don’t like that then steer clear. If you are familiar with German/Austrian cuisine then this is known as Fleischroulade. Likewise in Spanish it’s Ternera Rellenos. 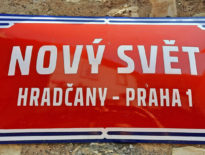 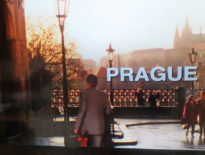