When I first arrived in Prague what I considered to be a sandwich was two pieces of bread with something in the middle. For me an open sandwich was party food. Then you come to realise that a Chlebiček (it sounds like if you say Hlebeecheck) is fresh, quick and cheap. I would say “cheap as chips” but it’s actually cheaper than that. In Czech the word for bread is “Chleb” so Chlebiček translates as a small piece of bread. Overall you are going to find the weight is 100g so it’s a snack. If you need a knife and fork you’ll need to bring your own.

What Toppings are on the Czech Open Sandwich?

The bulk of the the ingredients are going to revolve around ham, turkey ham, salami, egg, potato salad, cheese, crab stick, mayonnaise and salmon. Additionally there’ll be a bit of green salad, lettuce, tomato or sweet pepper depending on the shop. In the shops you’ll see a sign that says “Sunka” (you say it like Shoonka) which means ham and another sign saying “Vejce” which means egg. They both have ham, potato salad and mayonnaise but the one signed “Vejce” has half a boiled egg as well. In the picture above on the right is an example of a “Vejce”. The vegetarian option is cheese and that is signed as “Syr”.

How Much are They?

This depends where you buy. For example in a regular Czech bakery or Lahůdky (a deli) for a basic Czech open sandwich like the ones described above then expect to pay under CZK20. If I’m between Walking Tours then I’ll have two of these and a bowl of soup for lunch so I would not expect to pay more than CZK100 for the lot. Bring your own drink. In a cafe expect to pay CZK25 and a cafe in a shopping centre expect to pay CZK30. Anything with fish i.e. zavinec (herring), losos (smoked salmon) and kraby cocktail (Crab cocktail) will be more expensive. A losos sandwich is pictured above left. You may see two prices i.e. /100g and /ks. The /100g gives you the price by weight. The /ks is the exact price for the product (in Czech it’s “za kus”). There’s a picture below that shows this.

If you are Gluten intolerant, don’t like mayonnaise or have a dairy food allergy then avoid the Czech open sandwich. Before you even order you are going to be asked if you want to eat in the shop or takeaway. The word “Tady” (sounds like Taddy) means eat-in. The word Sebou (sounds like Seboh) means to takeaway. You’ll definitely want to take a napkin or bring wet-wipes with you especially if you are squeezing lemon. If you eat in then you are expected to stand at a shared table, no seats. If you takeaway you’ll get a card plate wrapped in paper or put in a paper bag. These are recyclable so look for the blue bins that say “Papir”. In the summer I carry little bags of salt. I’ll take the half boiled egg from the sandwich and eat it separately with extra salt.

The next picture shows both a Czech open sandwich (Caprese) and a filled croissant (Crab Cocktail). As usual in my experience the filled croissant was 50% more expensive and had less filling.

The next picture shows a couple of fish options, sliced crab stick above and below is zavinec (herring) with anchovies. You can normally spot a herring sandwich because it has chopped onions/chives and parsley sprinkled on it.

This last picture is what it looks like behind the glass. In a bakery the Czech open sandwich should carry additional information. Three pieces of info here include the name “Chlebiček s Vajickem” (with egg), the price per 100g (CZK17) hence the total price is CZK17 and finally at the bottom “A: 1,3,10”. This is the EU Allergen system. Read more about what the numbers mean on the Nut Allergy post. 1 and 3 are very common, 10 indicates a mustard/pepper derivative so probably something in the potato salad. 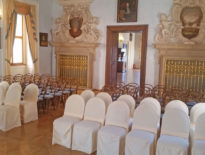 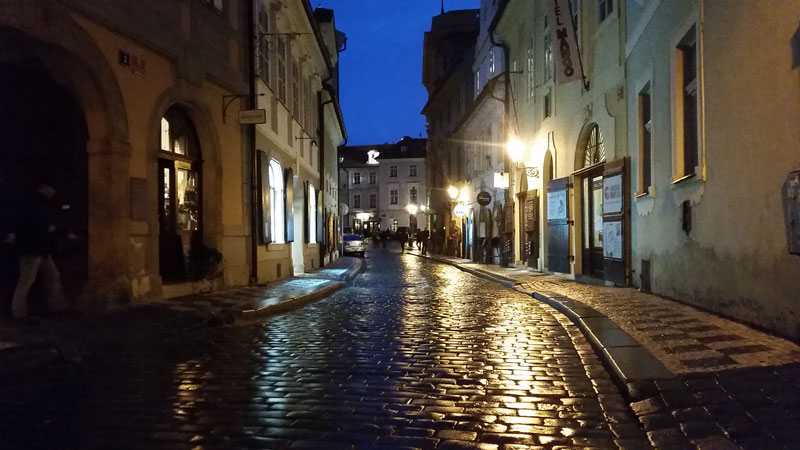