In World War Two a group of people were racially profiled, segregated, interned, transported, tattooed and executed. But this isn’t a story about Jewish people. In England we might know them as travellers, some people call them gypsies but in Czech they are called Roma.

As far back as 1933, Adolf Hitler and Nazi science became obsessed with inherited biological aspects, the purity of race and how ethnicity could be physically proven. Roma (Gypsies) were considered to have ethnicity which was undesirable and so politically over the next few years we saw a series of laws passed in Germany which began to control these people. This included setting up internment camps in 1935, preventative police detention in 1937, the “combating Gypsy Evilism” decree in 1938 and banning free movement in 1939.

The Effect of the Munich Agreement

Most people may think that the Munich Agreement was all about appeasement and forcing Czechoslovakia to give up land so they miss an important part which was the displacement of people. Since early in 1938 with pro-Nazi ideals firmly established in the Czech Sudetenland, a constant stream of displaced Roma were arriving into parts of the country that had either had a small or even no previous Roma population. Estimated at around 30,000 Roma their numbers were less than 3% of the overall 450,000 people were forced to leave their homes but as refugees they were targeted by a very specific law.

A law was passed which required all Roma aged 14 or over to carry a special “Roma ID card”. Although aimed at controlling the more wandering and vagrant Roma, in fact it could be used to arrest and imprison any Roma. So you’re thinking that those Nazis were really thorough for creating this law, then let me tell you that Act 117/1927, used against the Roma from 1939 was actually a law passed by the Czech Parliament in 1927.

On March 2nd 1939 (this was two weeks before Nazi-Germany annexed Czech) the government passed Regulation No. 72. This law was written like it applied to any unemployed male over 18 but in reality it was all about the control of Roma in Czech lands. Ominously it proposed things like sterilisation (in Germany since 1933), labour/internment camps (in Germany since 1935) and tattooing for identification. Following the annexation and the start of the Protectorate of Bohemia and Moravia on March 16th 1939 all pretense was dropped and the Roma control began.

On August 10th 1940 a work camp opened near the village of Lety u Písku about 100Km south of Prague. Why here? It seems that an important man had business interests in this area and wanted to build a road network so a quarry was opened and land cleared. The story goes that the people who started the original work were Jewish but they lacked physicality and so Roma were brought in to finish the construction and continue with other work.

Lety camp was originally built with four large outbuildings intended for 200 healthy males over 18 who could not otherwise show proof of employment or were serving out a sentence for a criminal offence. Work included farm labour, road building and at it’s hardest was quarrying rock. Records indicate that this version of the camp never exceeded 140 people and of those no more than a quarter were Roma. You could look at the original camp at Lety as a central work camp resource used as a base from which teams of inmates were taken to other locations to work as required. In any case, those original 4 large outbuildings were then supplemented with dozens of smaller huts and so the camp was expanded to allow officially for 300 people. So when people refer to Lety as a work camp, it’s the first year of operation.

In quick succession, July 10th saw the adoption of the “Roma Crime Prevention” law. On August 2nd 1942 the camp at Lety formally became a Roma internment camp, non-Roma were transferred or some became camp “Capos” given responsibility for control and punishment. On the same day the Nazis expanded on Act 117/1927 and brought in a system for the “inventory of Roma and Gypsy half-bloods” which meant that from October 2nd 1942, Roma lost their national identity and only had their “Roma ID”. Like the Jewish, this essentially separated them from the wider population. This Czech “Roma list” had about 6500 people and initially only the ones without employment were transferred to Lety but in a big difference it meant that entire families were now going to Lety. In documents you see these camps referred to as CT1 (in Czech it was Cikánské Tábory1). In German, the camp was “Zigueunerlager 1” or in English, simply Gypsy Camp 1.

Although most were transferred to the camp by train, there were also many who were told to report and so made their own way. There’s a particularly telling story of one family, long term residents of a nearby village who ran their own farming machinery repair business. They arrived at the Lety camp in their own carriage drawn by two horses. The family was interned, the horses shot for food and the carriage later used to move bodies away for burial.

For the rest of 1942 the Lety labour camp was more like a prison (what else do you call it when you are surrounded by barbed wire, dogs and guards) but it was still providing labour to the surrounding area. The number of people increased to almost 4 times it’s intended capacity and that brought with it malnutrition and diesease. It was on the way to becoming a concentration camp.

Following Himmler’s “Auschwitz Decree” on December 16th 1942 the camp’s status was changed to Transit Camp. The ultimate destination was Auschwitz and by the end of May 1943 the last 500 Roma were transported there from Lety. In August 1943 part of the camp was dismantled and taken to a nearby farm. The rest of the camp was deliberately burned to the ground, cleared and covered with lime. A 1960 short film (English subtitles) shows the actual camp, the original cross marking the camp mass grave and photos of the camp children.

Of the 1309 documented people that were cycled through Lety, 326 Roma died including 29 babies born there and up until January 1943 around 174 of them were buried in a mass grave in the nearby Mirovice cemetery. After Typhus took hold in the camp the burials moved to the camp mass grave in the nearby woods which contains at least 120 people and 77 of those were under 14. Both sites are now marked with memorials. Many more died at Auschwitz.

In a footnote to this appalling story and I don’t know if this was a regional thing driven by certain individuals but based on Act 117/1927 a proposal was put forward in 1946 for the creation of another Roma internment camp for up to 400 people not 15Km from the site at Lety. Fortunately the proposed town objected and the idea was shelved after the Czech Interior Ministry issued a statement:

There is no legal basis for the concentration of gypsies in centers under guard and discrimination against gypsies on a racial basis would not be possible for constitutional reasons. 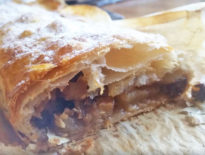 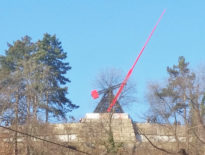