HoBohemia was a 2-year research project run by the Institute of Sociology under the Czech Academy of Sciences covering homelessness in the cities of Prague and Plzen. It is estimated that there are 70,000 homeless people in the country and another 130,000 “at risk” of becoming homeless.

The first census of homeless people was in 2004 and was basically just a count of people sleeping on the streets (Prague Homeless total was @5000). The EU ETHOS program (European Typology of Homelessness and Housing Exclusion) defines being homeless as 1) without a roof, 2) without a house, 3) insecure housing or 4) inadequate housing. Subsequent homeless studies have largely concentrated on the numbers within the first and second categories.

The HoBohemia project was set up to cover all 4 of the above categories, to not just crunch numbers but also to understand how homelessness happens, what it is to be homeless, seasonal rhythms, life strategies and urban social movement. It is not a census, it is an investigation by a team of social anthropologists, sociologists and urban geographers.

Their goals are defined as:
1) to identify the characteristics of homeless persons, their life trajectories and causes of their homelessness.
2) to describe patterns of spatial and temporal mobility of homeless persons in urban space and the factors which influence them.
3) from the perspective of the homeless to describe places and locations they inhabit in public space, and which are used by those persons for their activities.
4) to describe their time-perception and uncover where it comes from.

HoBohemia is unique in that it does not seek to support the homeless, they do not provide food or shelter etc. It “employs” Plzen and Prague homeless people by involving them in the project and defines this process as RDS (Respondent Driven Sampling) to acquire data in a structured manner. Many Plzen and Prague homeless people have agreed to carry GPS trackers. Some have been given cameras to take pictures of their everyday activities then to be asked why they chose to take particular pictures and the impact that this scene had on them either good or bad. Homeless people covered by the project are regularly interviewed about their lives and circumstances as Ethnology (the study of people and cultures) is at the heart of the project.

One of the initial findings was homelessness has been in relation to debt and above you’ll find a breakdown of the figures of 468 people involved in the project. Notice how the value of debt is far more of a factor with the younger homeless than the older but overall two in every three has some kind of debt problem.

The Project ended in December 2017. You can read more about it on the HoBohemia website. If you want to support the Prague homeless then take a look at the Novy Prostor – Czech Big Issue page and for an example of the homeless made good then be inspired by the Story of Bohumil Fiala. 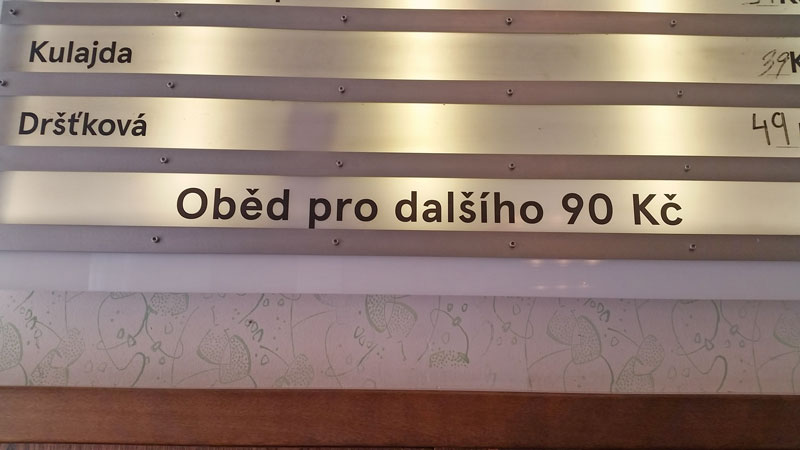