The Other Slavia Prague Team

The reason I included “Football” in the title is because in Prague, Slavia would also be an Ice Hockey Club and in fact both do play their matches in the same complex. Remember that the Slavia Prague website does not sell tickets direct and instead uses a site at http://www.ticketportal.cz.

As you may have already noted on the Sparta Prague page, Slavia Prague is definitely playing catch-up when it comes to status. They rarely qualify for the major European competitions and when they do they have not made it out of the group stages.

Still it means that UK teams playing in the Europa League may come here to play Slavia Prague so as well as some tips on where the stadium is and how to get there, I’ll also share some of the club’s history. If Sparta were “Arsenal” then Slavia Prague would be “Spurs” right down to being called “yiddos” because of a rather tenuous link to an insurance company payout over a cancelled game against West Ham in 1922. Slavia means “land of the Slavs” and once you are in that stadium they’ll let you know it.

Founded the year before Sparta Prague in 1892 it was very successful pre-war but since then Sparta has dominated and in recent years it has also come under pressure from Plzen and Viktoria Zizkov. Their new purpose built football stadium in the Vršovice district of Prague is called the Eden Arena. Capacity of a little under 21,000 means it can get an atmosphere and it’s easily accessible by public transport. If searching on the web then use the term “SK Slavia Prague” but if you just want to see where it is on a map then check the Google Maps location.

How to get here?

A taxi or Uber to here will work out to about CZK400. You can do it with a combination of Metro and Tram but my advice is to catch the Number 22 Tram from the centre of town (tram stops at Narodni, IP Pavlova and Namesti Miru all have the No.22) in the direction of “Nadrazi Hostivar”. Get off at the “Slavia” stop where you’ll see the big supermarket on one side of the road and the Slavia Prague stadium on the other side. You’ll just need a CZK24 ticket as it’s less than a 30 minute one-way trip.

Firstly, if you don’t have a ticket then go to the Gate 4 ticket office (opens from 10am on the day of the match) to see if you can buy on the day. I warn you now that the “Away Fans” section is very small and in the event of an away sell-out, the Slavia Prague stadium does not like away fans in the home stands so may not sell you any tickets. If you’ve already got your tickets then away fans should head for Gate 2. Note that Gate 2 also has a ticket office but it does not open until 90 minutes before a match so try Gate 4 first.

You’ll find the Fan shop next to Gate 1. Closed on Tuesdays, the rest of the week they open from 10am until 5pm (Thursday until 7pm).

There are a few takeaway places and a couple of restaurants at the stadium so if you are thinking of eating or drinking locally then all the places to go are in the main street with the tram line called “V Olšinach”. 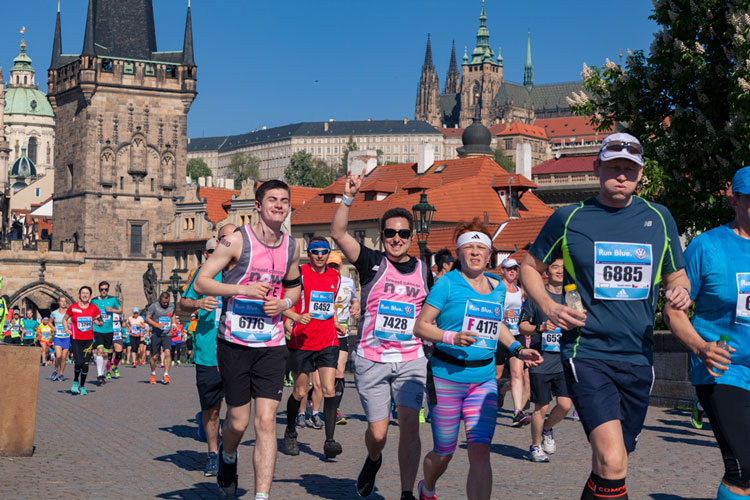 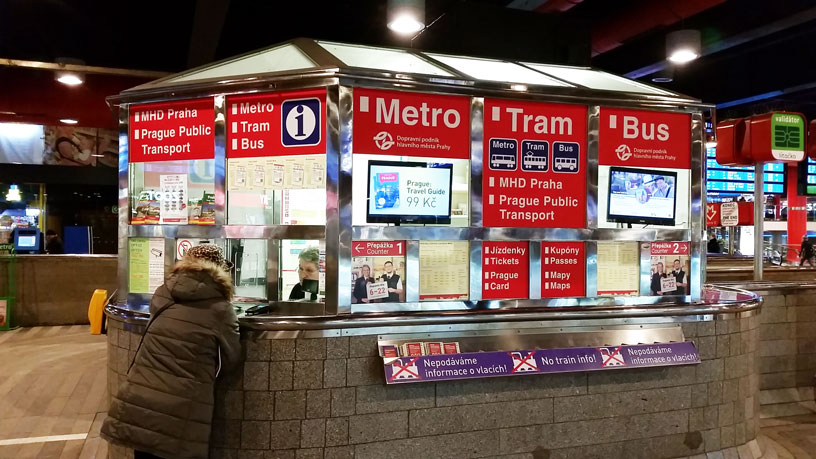