It’s all at sixes and sevens….. It came as a bit of a shock when I found out that kids in Czech start what we call “proper school” as late as 7. In the UK we’re used to kicking the young one into the Infants school at 5. The second shock was realizing that the local school was not going to be the way forward so we had to look for options.

Not having to attend the “Zakladni” level school until 7 has advantages and disadvantages. The biggest advantage is the extra 8 months in age which has is a definite advantage in the first year but this wears off. A disadvantage is that you must have a secure place in the school otherwise you’ll have to take pot luck and get them in anywhere you can as they must attend school. It can result in a class where the youngest has just turned 6 or is about to be 6 at one end and somebody who is already 7 and may be nearly 8 at the other. This applies to both state schools, private schools and what we call the 50-50s.

State is fairly clear, based largely on catchment areas and free to attend at this level. Private is largely covered by a selection of “international” fully paid schools with a couple of Czech options like PORG, DINO, Sunny Canadian and “boarding school” options like Open Gate but I’ve seen frequent turnover of what we call “International CV Teachers” who just want to spend a year or even just a term teaching here to get it on the CV. The 50-50s is where we settled. This is the type of school that receives partial funding from the state but not enough to have a say in the curriculum. The additional cost is met by a foundation and parents make up the rest. Read more at www.klicek.cz. As a guide the 50-50s are 10% of the cost of the fully privately funded schools.

When you get your place confirmed then all children will have to attend the “Zapis” which is when you officially sign up to attend that school (in the private system you commit the money at that point).

Your next decision arrives around the 3rd year at school as the following 4th year is a “breakout year” where kids who have passed exams for a Gymnazium (equivalent to a UK Grammar school) will leave. See the Transitioning between Prague Schools and Stages page when changing to this stage. Gymnaziums are considered the gateway to a university as you are committing to education until you are 19. In the Zakladni it’s to 17 whereupon the ones capable of getting to university can still do so and most others will do apprentice-based or higher education vocational learning.

The effect on the class can be quite marked, especially with the teacher who can stay with the same class for 5 years, and we’ve been through it three times now. When the top kids in the class vanish they will create spare places for other kids to come into but essentially it’s the same as being 13 in the UK when the clever kids go to the Grammar and what’s left have to make do.

Personally I’ve found the standard of schooling is fairly high and class sizes are much lower than the UK but it’s definitely a case of getting the right school both for you and your kids. Be prepared to drive and keep your options open. Take a look at the Factors to Consider when choosing a Czech School and if you’re thinking what happens after this stage check the Transition Between Schools page. 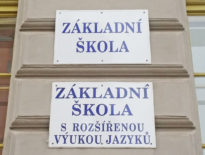 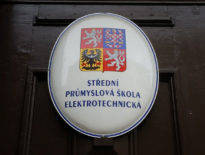