The cellular provider O2 seems to have made a habit of buying arenas in Europe so it’s no surprise that the Prague O2 Arena follows the same model in that it’s a multi-functional location for music, sports and exhibitions. It was originally built as an event hall attached to the adjacent Harfa Shopping Centre. Some people come to Prague for a concert and make a holiday of it.

How Do I Get to the Prague O2 Arena?

There are three ways of getting there, driving, metro or tram.

The metro is the simplest way but it gets busy an hour before an event so if you are claustrophobic, consider getting here earlier as the venue opens 90 minutes before the performance. Get off at the Ceskomoravska metro station, turn right at the top of the escalator and follow the signs for the Prague O2 Arena for a 1 minute walk.

If you are driving then the O2 has it’s own short-term parking for CZK50 per hour. The public parking in the surrounding area is purple which means both residents non-residents can park in the adjacent streets. Non-residents do not have any time restrictions i.e. maximum two hours etc but you have to pay in advance using a ticket machine. At the time of writing it is CZK30 per hour. You also have the option of parking in the Harfa Shopping Centre underground car park but you’ll find it takes a long time to get out after the event has finished. I prefer the street parking.

If you are travelling by tram from the centre of town then from Republic Square you’d take the number 8, from Wenceslas it’s the Number 3 or basically any tram that is scheduled to stop at Palmovka where you get off. From there you stay on this side of the road but you need to find the stop for either tram 14 or 16. From there it’s two stops but you don’t get off at any stop called “Prague O2 Arena”. You actually get off at the tram stop called “Divadlo Gong” and then take any side street for a 3 minute walk.

Prague O2 Arena unbelievably does NOT have it’s own ticket office. If you buy tickets it is going to direct you to use either Ticketmaster or Ticketportal. If you intend collecting your ticket at the Prague O2 Arena then Ticketmaster is at gate 1 and Ticketportal is at gate 10. However, if you want to avoid those queues and pick up your ticket BEFORE you travel to the arena then having used both I can tell you that if you are staying in central Prague you should use Ticketmaster because the Ticketportal offices are WAAAAY out of town. Then when you’ve ordered online you can just go into their little Ticketmaster office in the Lucerna Passage to pay for and pick up your tickets.

Prague O2 Arena is basically the ice rink where the Sparta Prague Ice Hockey club plays from September to April. So all the autumn/winter concerts are scheduled according to the ice hockey season. I’ve nabbed a seating plan to show the layout and which sections to avoid because either they are behind the stage or at the end of the rink.

The ground floor is where you go if you have a “standing” ticket and it’s a free-for-all to get as close to the stage as you can. Any section starting with 1 is on the first floor. The second floor sections are marked with 2 but this is also called the club floor for season ticket holders and VIPs. The 3rd floor are the “Sky Boxes”. Finally the 4th floor, cheapest tickets in the nose-bleeds.

Note that at the same location there is also something called the O2 Universe which has a smaller ice-rink and more halls for conferences and exhibitions. If you want to come here then from the Tram/Metro you have to walk around the Prague O2 Arena to the far side by the main road. If you are in the Harfa Shopping Centre then exit in the direction of the road called Ceskomoravska, turn left and you’ll have the shopping centre on your left. The O2 Universe is the next building on the left. In 2021 this venue was used in the national Covid-19 vaccination program (I used it). 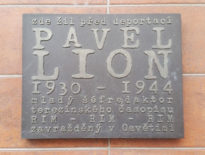 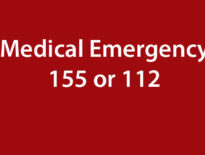